Healthy lungs are essential to your overall well-being.

Here at Baylor Scott & White All Saints Medical Center – Fort Worth, we provide specialized, comprehensive lung care and management that can help you take control of your lung health.

The physicians on our staff include pulmonologists who study and treat diseases of the lungs, airway and chest. They also help patients who experience sleep disorders.

A blockage in one or more blood vessel in the lung by a blood clot, air bubble or other debris.

A condition where an airway becomes swollen which makes it hard to breathe.

A condition where lungs are damaged and have abnormally wide airways leading to excess mucus.

A life-threatening disorder, cystic fibrosis is inherited and causes damage to the lungs and digestive system from a build up of phlegm.

Patients with cystic fibrosis are at high risk for lung infections.

Emphysema is a lung condition in which air sacs in the lungs are damaged, creating too large of airspaces that results in shortness of breath and fatigue.

Valley fever, histoplasmosis and aspergillosis are fungal infections of the lungs that are each associated with different geographic locations.

This umbrella term is used to describe a group of bacterial and fungal infectious conditions characterized by the creation of granulomas.

This syndrome is most commonly seen along with liver disease in which oxygen levels are low and causes shortness of breath from enlarged blood vessels.

This is an umbrella term that is used to describe diseases that cause the lungs to scar.

Scarring can result in stiffness in the lungs, making it hard to breathe and get oxygen to the bloodstream.

The leading cause of cancer deaths worldwide is lung cancer.

Sharp or stabbing chest pain that worsens with deep breaths caused by conditions such as inflammation in the tissues surrounding the lungs and fluid or air trapping between the lung and rib cage is known as pleurisy.

Pneumonia is an infection in which the lungs are inflamed and may fill with fluid.

Pneumonia symptoms can include:

A condition where air sacs in the lungs are damaged and result in thickened, stiff lung tissue making it more difficult to breath and causing a dry cough.

A condition that causes high blood pressure within the lungs.

A condition that affects the blood vessels between the heart and lung.

A common symptom is shortness of breath.

Small collections of inflammatory cells growing in different parts of the body, commonly the lungs.

We offer a full range of up-to-date diagnostic and treatment procedures as part of our comprehensive sleep disorders care program in Fort Worth to help you sleep through the night.

The process of quitting tobacco smoking is called smoking cessation.

Quitting smoking can be difficult, but success can be improved with help from a clinician.

Tuberculosis symptoms are not common but do include

This is an umbrella term used to describe lung infections caused by mycobacteria, which is typically found in soil and water. 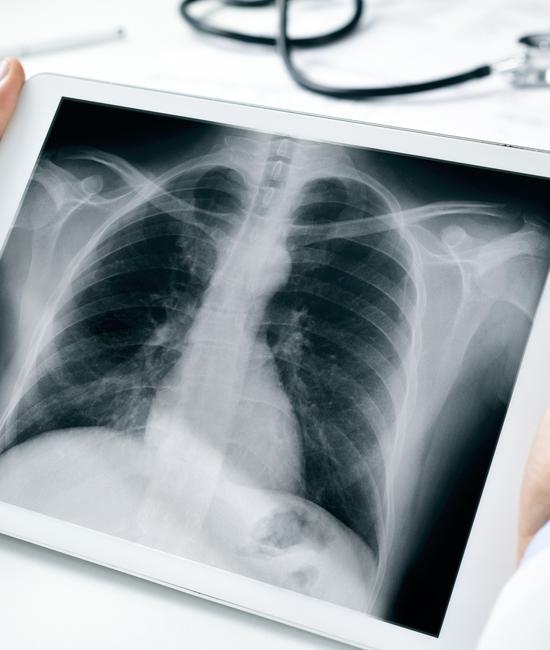 If you are at high risk, a lung cancer screening can reduce the likelihood of developing lung cancer.

Call our lung cancer patient navigator at 817.698.8479 with questions about lung cancer screening in Fort Worth or for help navigating the system.

The healthcare professionals on staff at Baylor Scott & White – Fort Worth use the latest technology and procedures to diagnose and treat lung conditions.

A bronchoscopy is a test during which a physician examines the patient's airways by inserting a camera called a bronchoscope into the patients lungs. This camera transmits an image of the throat, larynx, trachea and lungs to the physician.

The endobronchial valve is a small, umbrella-shaped, one-way valve that is placed inside the airways of the diseased lung.

The valve system redirects the air you breathe away from the areas most affected by your emphysema and toward the healthier areas of your lungs allowing you to breathe more easily.

Baylor Scott & White Health's lung cancer screening program offers those at high risk of developing lung cancer the opportunity to screen and diagnose lung cancer before symptoms develop through the use of a low-dose computed tomography (CT) scan that takes less than five minutes.

In this procedure, a thin, flexible tube equipped with a light and a small camera is inserted into the lungs through the patient's nose or mouth to help doctors position small valves that then prevent air from becoming trapped in the diseased part of the lung. This allows more air to circulate in the healthy lung tissue, and helps patients breathe better.

PFTs are an evaluation consisting of many different tests that measure the function of the lungs and diagnose various lung conditions.

The healthcare professionals at the cardiac and pulmonary rehabilitation program at the Carter Rehabilitation Center in Fort Worth will help you return to a normal lifestyle after a pulmonary event. We'll work with you to develop a healthy plan that includes physical activity, stress management and nutrition counseling.

Help for sleep disorders is available at many Baylor Scott & White Health facilities.

Our sleep programs are dedicated to alleviating symptoms and improving sleep patterns and daily life for people with problems sleeping. We offer a full range of up-to-date diagnostic and treatment procedures as part of our comprehensive care program to help you sleep through the night.

Baylor Scott & White Health has thoracic surgeons on the medical staff who diagnose and treat diseases of the lungs, esophagus and diaphragm. They'll provide you with care in all aspects of general thoracic surgery, including minimally invasive and traditional open surgical procedures.

Baylor Scott & White – Fort Worth is one of the few hospitals in the Dallas-Fort Worth Metroplex that offers a minimally invasive treatment for emphysema and chronic obstructive pulmonary disease (COPD).

This procedure uses a technique called navigational bronchoscopy, in which a thin, flexible tube equipped with a light and a small camera is inserted into the lungs through the patient's nose or mouth.

The bronchoscope helps doctors position small valves that prevent air from becoming trapped in the diseased part of the lung. This allows more air to circulate in the healthy lung tissue, and helps patients breathe better. Patients also report that they're less fatigued, can exercise more, and are in overall better health.

Contact us to find out if you or your loved one is a good candidate for pulmonary valves.

The minimally invasive procedure, which targets difficult-to-reach areas of the lung, is done in an outpatient setting.

Most patients report experiencing less pain and fewer complications than those who had needle biopsies.

This procedure is performed by a trained interventional pulmonologist and all biopsies are examined by expert pathologists.

Navigational lung biopsies can be used to examine: Learn more about the center

If you find yourself asking, “How do I know if I need a lung cancer screening?” our experience nurse navigators are here to help guide you through your healthcare journey. Tell us a little bit about where you are in your journey and get the answers you need.