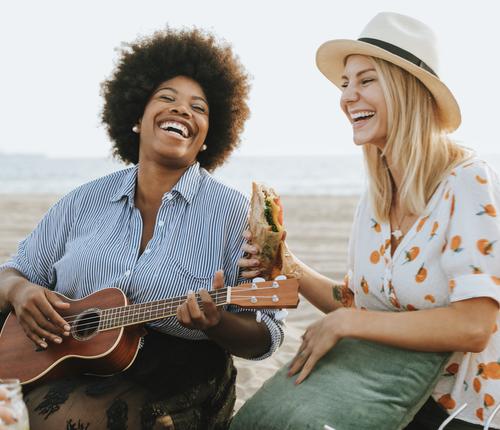 Women and heart disease: It’s not just a man’s problem

Cancer, Alzheimer’s disease and diabetes are listed as some of the leading causes of death in women across the globe. But in the United States, the #1 killer of women may come as a shock: heart disease.

Heart disease has long been associated as a man’s condition, but this is one of many misconceptions surrounding women and heart disease—and it turns out it affects women differently than men.

Women with heart disease often don’t exhibit the classic symptoms that men do, such as chest pains, shortness of breath and feeling ill after overexertion. Women are also more likely to suffer what is called a "silent heart attack," a temporary blockage that can damage the heart—sometimes while they’re resting or asleep.

During a "silent heart attack," women may experience discomfort in their shoulder blades or pain in their abdomen that can sometimes be mistaken as an ulcer.

Women may experience classic symptoms, but they are often milder:

Women most often report emotional stress prior to heart attacks.

Men most often report physical exertion prior to heart attacks. Are you at risk? Discover your risk for developing heart disease.

From story to art: How her smartwatch saved her life

Artist Raynor Bearden illustrated Elizabeth’s story with a vibrant piece that pays tribute to the critical elements that worked together to save her life—Elizabeth’s joyful personality, the role of technology and her expert care team.

Expert advice from our blog

Scrubbing In® is a place where hands-on healthcare discussions are happening every day with the people whose own hands are on the front lines of patient care, the doctors, nurses and medical staff who are saving lives and advancing medicine.

Learn more about why women wait

What the headlines won’t tell you is that many of these weight loss strategies can actually slow down metabolism long-term, and more importantly, put a huge strain on the heart.

Broken Heart Syndrome: can you die from a broken heart?

PPCM is a condition in which a mother goes into heart failure sometime in the last month of pregnancy through the first five months postpartum. This condition weakens the heart muscle and causes the heart to become enlarged.

Did you know that increased levels of stress can cause your body to release certain hormones? These hormones can temporarily raise your blood pressure by narrowing the size of your arteries and causing your heart to beat faster.